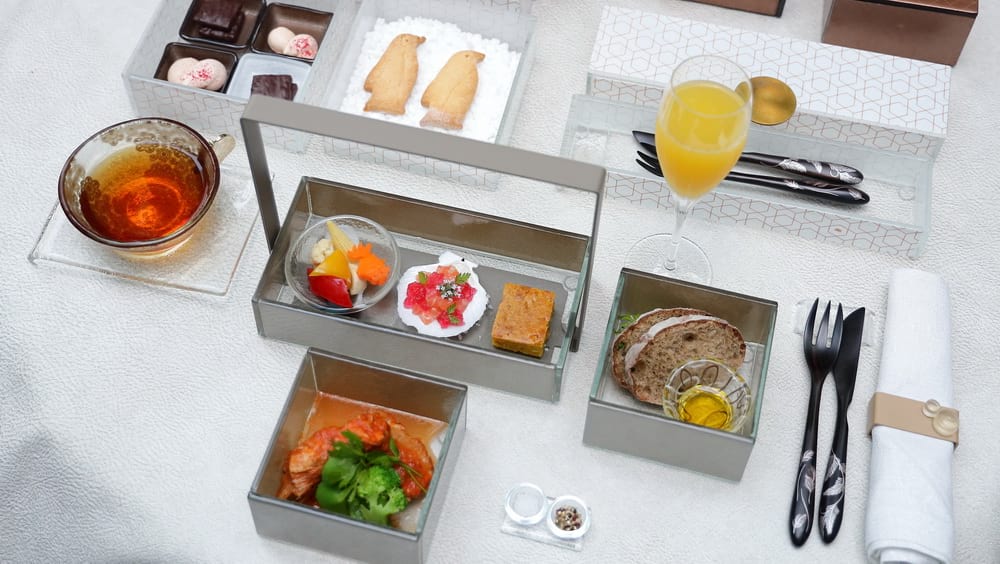 Presenting a meal in an interesting way and adhering to the safety rules of our times can be a challenging task. This is the reason we developed a new product: a dinner set in the form of a Japanese style bento box. A fusion of the Japanese bento box form and the European fine dining dinner set. A bento box without the traditional Japanese compartments, but with the ability to display a meal covered, with individual portions and in tiers.

What is the Japanese Bento Lunch Box?

From the 13th century onward, the Japanese bento lunch box has evolved into a symbol of Japanese culture. A container for take-out food or meal you prepare at home to take to work.
Originally, back in 1185, the “bento” was actually called hoshi-ii and a bento box was hand-carved in wood, to serve rice. The bento culture spread during Edo Period (1600-1868) and later made its way to many more countries, such as Taiwan. A bento box’s main characteristic is that it is portable and that all the foods contained within, are ready to be eaten. It is prepared for one person, with individual portions. Similar to a picnic basket or a Tiffin carrier, the bento box is proto-delivery tableware. 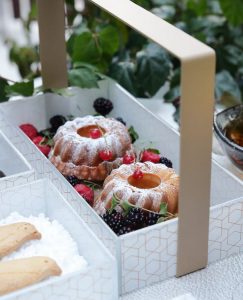 Ekiben is also another word for the bento. This is a specific type of bento boxed meals sold and eaten in train stations. Actually, it is made of two words: Eki which means train station and ben which is a short word for bento. The first sale of Ekiben was likely to have occurred in Utsunomiya Station in the late 19th century. 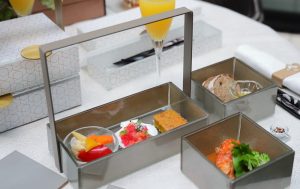 Obento Box or Bento Box? What is the Difference?

The “O” at the beginning of the Japanese word “Bento”, gives it an honorific connotation. This is the primary difference between the bento box and the Obento. The word bento is translated into English as lunch box. However, this does not really describe the uniqueness of the experience of eating from an Obento! Obento is a display case, a jewelry case for a meal. It frames food in a unique way. It is also a story teller of soldiers in battlefields, theater-goers having lunch on tatami mats during intermissions of Kabuki play performances, children leaving for school and working folks traveling and eating on trains. The bento encompasses culinary plating excellence but also comfort food. 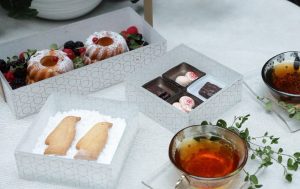 A Japanese bento is a display case. A box where you can artfully decorate the meal. The food stylist in the video used the Japanese bento box as a pastry display: a “Japanese style high tea stand”. This Japanese-inspired lunchbox presentation is comprised from MyGlassStudio Bento Dinner Plates, a collection of Japanese style bento boxes including soup bowls, appetizer and main course plates. All can be combined in a basket. 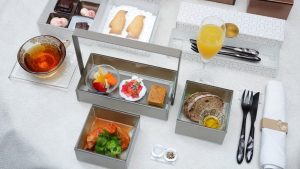 The Japanese style bento box by MyGlassStudio takes a modern spin. They are made out of glass, a material known for its hygienic properties because it is absolutely non-porous.
Moreover, they are ideal for plating any recipe or meal because they present food in compartments. Especially our black Japanese style bento box with a red inner side looks almost like proper lacquer ware. However, as it is made of glass and not wood or lacquerware, it is dishwasher-safe, non toxic and it can be easily sanitized with chlorine bleach. Read more about Bento Box Plating.

Watch how to creatively set up and plate on the MyGlassStudio Japanese style bento boxes by the Japanese Food Specialist and Cooking Instructor Nana Miyazawa: